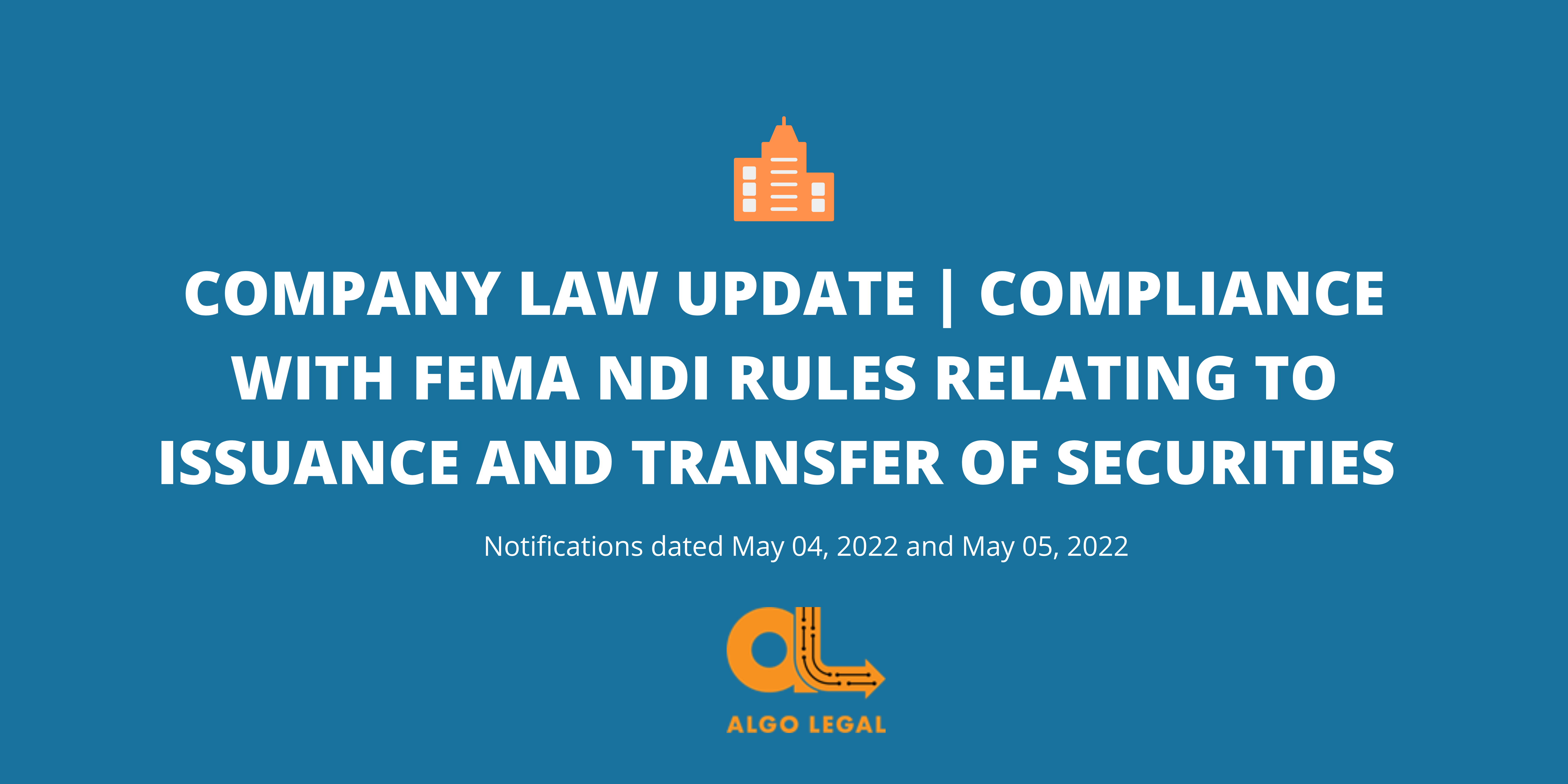 By its notifications dated May 04, 2022 and May 05, 2022[1], the Ministry of Corporate Affairs amended the Companies (Prospectus and Allotment of Securities) Rules, 2014 (“PAS Rules”) and Companies (Share Capital and Debentures) Rules, 2014 (“SCD Rules”) and introduced certain compliance requirements in line with the Foreign Exchange Management (Non-debt Instruments) Rules, 2019 (“FEMA NDI Rules”)[2] (i.e. relating to opportunistic takeovers of Indian companies by entities/persons from neighboring countries).

The key changes are set out below:

Back to the blog